For discussion of new pet colours- speculation and discussion of colours in general should be placed in New Features or Misc.
Post Reply
12 posts • Page 1 of 1 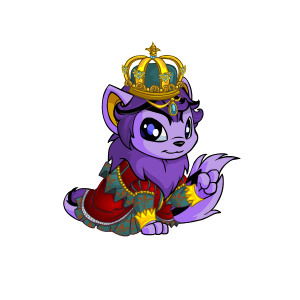 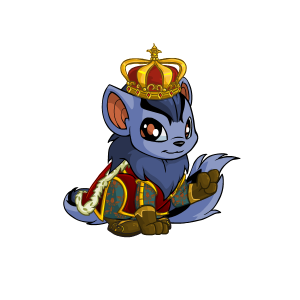 The male reminds me of the RB wocky, and the female's dress looks Christmasy. Crowns look a bit crooked, I wish they had scepters (I hate the xwees fist o' doom). The female's color is blinding :/ I don't like how the shading appears to be a whole different sort of purple. And eh, the inside of her ears. I don't like xweetok eyes in general, and her eyes aren't nice either. /explodes/

Hello, My little Weblon is now a RG !! And the fun is...she was purple

I really, really like the purple RG. Doesn't go with the clothes a jot, but as an interesting base colour it kicks serious bottom.

The RB's base is a pleasant colour, too. His clothes suit the base a bit better, though his crown looks pasted on. The RG's doesn't look quite as bad because of the pendant thingy in front of it, and the different hairstyle. I think the Girl's clothes might be a better match on the Boy,actually.

Agreed, Purr, these two definitely need sceptres. I hadn't noticed her ears... what a shame.

well i like the clothes but no scepter for them?? if it wasn't for the ear i would say you have a purple one, at least for the royal gril. a smidgen of a change and we have a new color i do not think so.
Top

Wow, I was afraid to click because Xwees used to be one of my favorite species, pre-revamp... and I was afraid of being disappointed. I am so pleasantly surprised! I love the base colors on both and the female is especially lovely! I might have to consider painting Kaigiri, FINALLY - he's been blue since forever since it fit him best xD

I actually rather dislike these pets. I used to be a huge fan of Xweetoks, but the new royal versions surprised me. The crowns seem... I don't know how to word it... wrong. Like they came from another pet. And I don't like how they don't have anything to hold, like the Korbat, who I think is one of the best royals. Saying that, however, I like the base colours. The shade of blue on the male is quite attractive.
Top

..I think that I'm in love with the royal girl. If only I had a pet that it work on. I love how royal girl has different hair from the royal boy. I like the clothes, although they could be better, they're nice. The only thing I can think of that would make me like the pet more is if it had a pretty sceptre for that Fist-O-Doom.

Yeah, I think they'd look good with a sceptre too XD Oh well. RG is my favourite, RB reminds me of the Royalboy Wocky; it's okay, but I don't think I'd ever get one xD.

The bases are lovely, I love the RG base, but the clothes are yuckk.
Top

bleh. :< I love the base colours, but since when does teal and red go with purple? Those clothes are horrible.
Top 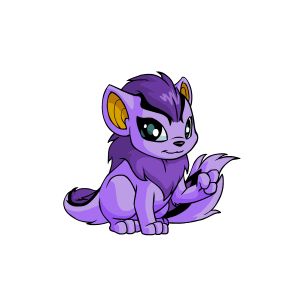 I already have one. x) Took it's clothes off.
Top

So that extra hair by her ears is not part of the base?

What's up with this lately? The pets shown in the news are not matching up with reality. The eyes and eye color are different. Something similar happened with the RG Gnorbus: 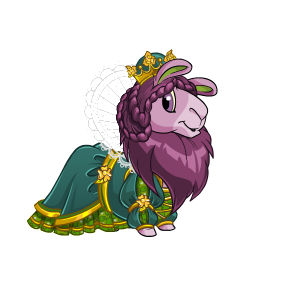 In both cases I like the one in the news much better, so I'm disappointed.

Users browsing this forum: No registered users and 29 guests