For discussion of new pet colours- speculation and discussion of colours in general should be placed in New Features or Misc.
Post Reply
14 posts • Page 1 of 1 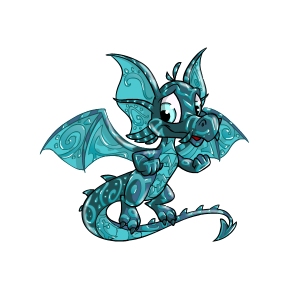 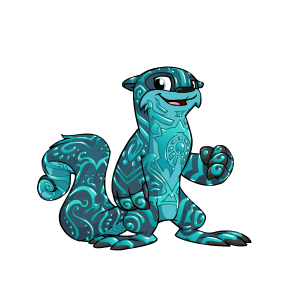 Shiny! I love how glossy the markings are. The chest thing going on with the lutari is a nice touch. I know lots of you were excited for the maracite draik - he came a lot earlier than I expected (TNT seems to like keeping draiks for surprises). Hope you guys weren't disappointed!
Top

Ooh, we are being spoilt today!

I prefer the Draik's colouring to the Lutari, but they're both pretty. The Lutari has lots of geometric shapes on its body which make it look rather angular and almost robot-like. It's got chevrons on its left arm, for goodness sake. The tail is decent, though. I like the stripy bits on the Draik's ears, and the swirly bits on the wings.

EDIT: Big versions: Lutari not quite so jarring, chest is interesting. Draik is beautiful - I want one!

I'm really happy with the draik

It didn't disappoint me at all. Now I need to save for the PB! (easier said than done xD)
Top

I really like Maracite in general, the weapons made of it look so cool with it's patterns. I also like it because I love underwater and the color blue. These two pets are great looking. I really like the markings on the Lutari's torso and the Draik's head. The Lutari's tail looks amazing, the markings are great. The only thing I'm not to keen on is that the Lutari's head and torso kind of just blend together.
Last edited by icicledragon4 on 26 Jan 2011 11:49 pm, edited 1 time in total.
Top

Cant wait for the Eyrie :O

Ooh, these were unexpected! Yay for Maractite Day! I agree with the anticipation of an Eyrie, but i'm hoping for a Peophin. I don't have anything constructive to say about the Draik and Lutari except - PRETTY! The swirls and texturing are lovely and creative.

I'm glad all the maractite pets are coming out well. I really like the draik, and now I'll have to save up for a paint brush for my own. I think I would prefer it if it looked more like the usul, though. These kinda look like they have rubber stickers for the markings with the way it's all shaded. But they are still very pretty.
Top

ooohhhh, nice. I think I want one. Being a lover of rare pets, I really think these shine in their respective species compared to other colours

Wow, what beautiful markings! The artists have really worked hard on these and it shows. I love them both.
Neopets ~ tumblr
Top

the Tribal Tattoo on the Lutari is just PHENOMENAL !
Top

I really love these. The colouring is just so pretty! Yay for more colours for the Lutari!
Neopets || Subeta
formerly known as fluffy-emo-wolf
Tumblr ||Twitter
Top

Draiks never disappoint, especially not this one. A beautiful color for a beautiful pet! I don't like 2.0 Lutaris that much, but the Maractite color makes this one better!

Seems I'm the only one who doesn't love the draik here. It's all right; I don't hate it. But the belly is kind of muddled looking from any distance over six inches away, and it's overdetailed in some other spots (and not in the good maractite way). But I love the lutari. Its markings seem to really mesh with the pet.

I like the draik, I plan on repainting my own to one eventually, but I have one problem with the belly. The lines look like they don't belong with the symbols there already.
I dunno, just looks wrong and unnecessarily segmented.
Top
Post Reply
14 posts • Page 1 of 1

Users browsing this forum: No registered users and 32 guests